Over centuries human activities have changed considerably the natural and water balance of the Elbe river affecting discharge, various matter cycles and associated ecosystems. These far-reaching measures include the construction of dikes, straightening and engineering the river, construction of weirs, barrages and dams, transfers of water, mining of brown coal, as well as drainage and irrigation of agricultural areas. Furthermore, there are changes due to climate change and various interactions with different measures.

Due to the various uses of the Elbe estuary and the associated areas for living and recreation, for transport, industry and agriculture, there are numerous complex challenges, which are further interacting with climate change:

The aim of this research is to address the above mentioned challenges by analysing, assessing and projecting multiple interactions from different human activities, as well as climate change and extreme events, and their combined effects on biodiversity, functioning and ecosystem services of the Elbe estuary. Therefore the following interconnected research priorities have been identified:

The Elbe-North Sea Supersite is complementing step by step already existing facilities and activities, as well as data and information systems. For example, a state-of-the art research platform is currently being set up near the beginning of the estuary. Furthermore, the following categories of services are currently being developed: 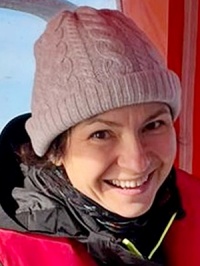 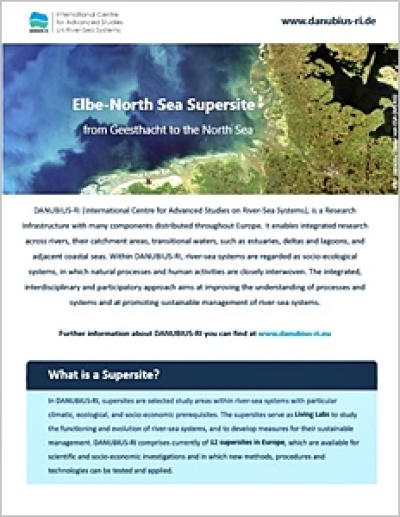